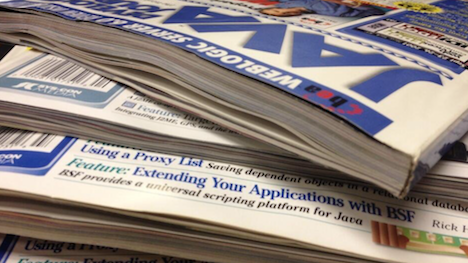 Choosing a programming framework for a small business can be overwhelming- there are so many. Here are a few of the best choices, to help you get started.

Ask a room of ten developers which programming framework is the ‘best on the market,’ and you’re liable to receive ten different answers. Each developer will sing the praises of a different language, and each one will very probably feel that theirs is the only logical choice. The most confusing thing, though? Each and every one of those developers will be correct.

Wait, what?
I’ll be blunt: there is no universal programming framework. The language your organization should work with – whether it’s for web development, mobile development, or traditional development – depends entirely on your unique situation. The perfect choice for one business might be a catastrophic failure for another.

That said; even though there’s no ‘best’ language, some are nevertheless better than others. Here are a few of the best programming languages and frameworks for small businesses and startups. Equip yourself with at least one of these, and your organization can’t go wrong.

Java (Grails, Spring, Struts, JSP)
Even though Java’s learning curve is more of a learning cliff, it’s one of the most popular and widely-used programming languages in the world. There are a few reasons for this: it’s extremely powerful, with a rich API, a wonderful community, and a staggering selection of open-source software. On top of that, once you get past the initial learning curve, it’s actually a surprisingly simple language to work with (albeit a very time-consuming one with an installation process that’ll probably see you pulling your hair out).

It’s also an all-in-one language supported by a wide array of different platforms, which makes it a great choice for mobile application development. Last, but certainly not least, its price point (free) means that there isn’t a business in the world that’ll be unable to afford it. Sounds pretty good doesn’t it?

Objective C (Cocoa)
Objective C is another language that’s well-suited for mobile development, primarily because it’s the native framework for iOS. Its learning curve is about as steep as Java’s – you’re going to need knowledge of basic C in order to learn Objective C. Still, it’s a powerful object-oriented framework, and comes hand-in-hand with a community every bit as fantastic as Java’s (and better documentation, besides).

Python (Django, Flask, Pyramid)
Python is actually one of the first languages I learned when I was in University. There’s a reason for that. Aside from being one of the most widely-used in web development, it’s also incredibly easy to learn, with a low learning curve that does nothing to diminish its strength. As an added bonus, it offers some of the best frameworks of any language on the list – Django is among the mightiest, Pyramid is the most flexible, and Flask is one of the fastest. Take your pick – they’re all great choices.

Ruby On Rails
Compared to Python and PHP, Ruby is the “new kid on the block” – and yet the question of whether or not it’s superior to Python is one of the most hotly-debated topics in the web development community. Ruby itself is a powerful server-side programming language with a learning curve at least as low as Python’s, while the Ruby on Rails framework is based on the MVC development model. The community around Ruby is fast-growing and welcoming, while the documentation is some of the best you’ll find. Websites coded in Ruby have become a new trend in development; consider hopping on the bandwagon yourself – it might be worth your while.

Do note that – although it’s excellent for a complicated backend – Ruby on Rails tends to be a bit slower than some of the other frameworks on this list.

Bootstrap
As front-end development frameworks go, you’re not likely to find one as intuitive, smooth, and powerful as Bootstrap. Coded in CSS and with support for JavaScript, Bootstrap bills itself as a framework developed “by nerds, for nerds.” It’s designed to be compatible with pretty much every browser out there, too – so you needn’t worry about your front-end only functioning in Chrome or Firefox. Have I mentioned it’s both free and supported by a great community?

In Closing
This is by no means a comprehensive list of the languages and frameworks available to your business. There are many more out there, some of which might be an even better choice than those presented here. Do a bit of research, and work with what you know – so long as you’ve got the necessary knowledge, there are no wrong choices.

This site uses Akismet to reduce spam. Learn how your comment data is processed.